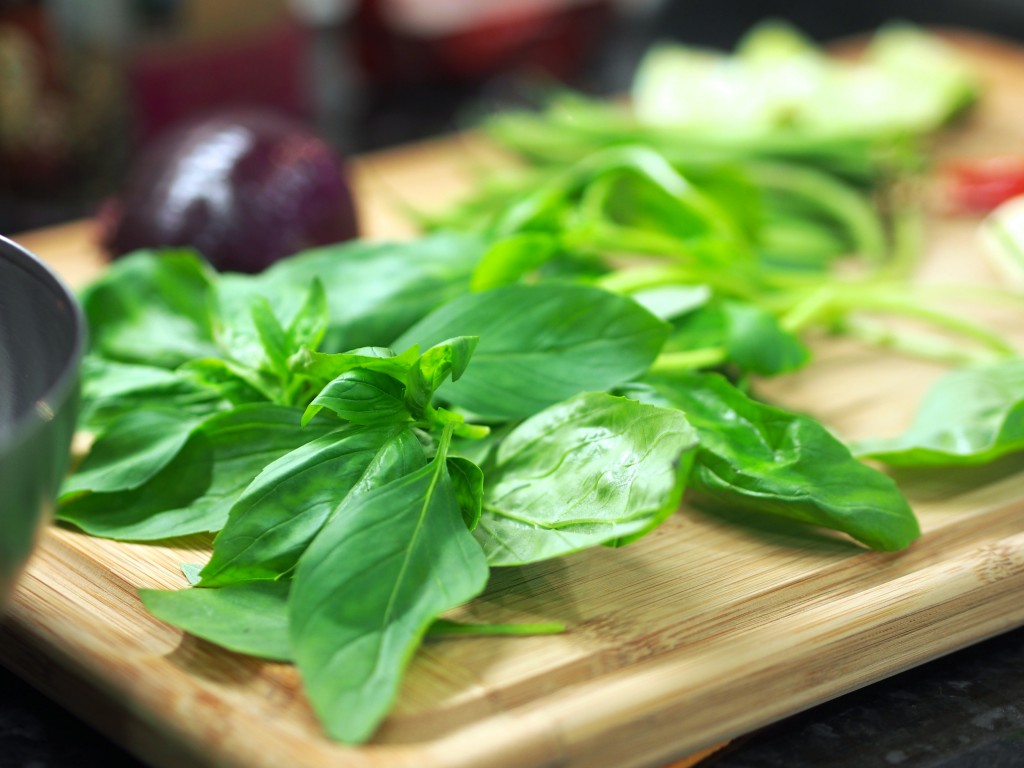 A world famous culinary herb used in countless gourmet dishes to kick up flavor, texture, and aroma; basil (Ocimum basilicum) is an annual plant native to India and other Asian tropic regions. It’s most popular in Italian cuisine but is also used in other countries like Thailand, Indonesia, Vietnam, Cambodia, Taiwan, Laos, and many parts in the United States. Apart from being a highly versatile herb that complements almost any dish, there are more things to love about basil. One is its long list of benefits for the health, which you would surely want to take advantage of. Here are 15 of them.

On top of the list of basil’s health benefits involves your heart health. Being rich in antioxidants like beta-carotene and other types of carotenoids, basil doesn’t only protect against free radical damage but also inhibits these harmful substances from oxidizing cholesterol in the blood. Thus, cholesterol buildup, which can eventually lead to heart-harmful plaque along the arteries, can be avoided. It’s also packed with magnesium, which boosts the circulation of blood, relaxes blood vessels and muscles, and reduces risks of heart spasms, among many others.

Make your hair healthier and your skin suppler with essential oils from this herb. It’s an effective organic moisturizer that removes skin dryness, as well as resolve skin health problems like acne, psoriases, eczema, rashes, ringworm, and many more. As for the hair, it adds luster to an otherwise dull looking hair turning it into the crowning glory it’s supposed to be. To use it on your hair, mix two drops each of basil, lavender, and rosemary oils. Add a half ounce of jojoba oil and a little bit of almond oil. Massage the mixture onto your scalp gently with your fingertips. Let it stay for about half an hour. Rinse thoroughly with water, then use shampoo. Rinse again. Use this treatment plan two to three times a week. In less than six months, you’ll find your hair looking better than ever.

Yes, you heard it right. Basil can actually help in the fight against the big C. Basil’s antioxidants protect the body against cellular damage caused by free radicals, thus combating various forms of cancer. A 2007 study released by the Journal of Medicinal Food revealed that basil’s efficacy on fighting oxidative stress that causes cancer was tested on rats. Over a five-day testing period, it was shown that basil inhibited the formation cancer-causing toxins. In another study that was published in the Taiwan Journal of Obstetrics and Gynecology in 2010, basil was found not only to lower cholesterol and boost immune function but also to fight cancer. The research conducted at the Chung Shan Medical University in Taichung, Taiwan discovered that the active component in basil called caffeic acid can be an effective prevention against cervical cancer.

Another vital role of basil is as an immune function enhancer. According to the Michael Castleman, author of The New Healing Herbs, consuming fresh basil can effectively give your immune system a boost. That’s because it has chemical compounds that can kick start the body’s antibodies by as much as 20 percent, helping you fight infection more efficiently. This herb can also kill viruses that bring common ailments like cold and flu.

Basil is also known for its potent anti-inflammatory powers. It promotes proper functioning of the gastrointestinal tract, and also helps in the treatment of certain types of digestive disorders such as the inflammatory bowel disease (IBD), indigestion, flatulence, stomach cramps, and constipation. How does basil do all these? It has a substance called eugenol, which acts as anti-inflammatory.

Several studies also point out as to how basil can provide strong protection for the liver. In a study done at the University of Mansoura in Egypt, which was published in the Zeitschrift fur Naturforschung C journal in 2009, it was found that basil has six compounds that could efficiently protect against oxidative stress on the liver. In a gist, basil can contribute to a much healthier liver function by removing toxins in the blood, improving metabolic breakdown, and fighting various types of liver ailments.

If you’re suffering from diabetes, you’ll be happy to know that basil leaf extract can lower your blood sugar level. There was a study done at the University of Agriculture and Technology in Kanpur, India that was released in 1996 in the International Journal of Clinical Pharmacology and Therapeutics that revealed a 17 percent reduction in “fasting glucose” and seven percent decrease in glucose levels. Even urine glucose levels tremendously improved. Researchers recommended further investigation as to how basil can play a role in the treatment of mild and moderate cases of diabetes.

PROTECTS THE BODY FROM BACTERIA

Basil is also a mighty antibacterial, which makes it effective in preventing food-borne diseases. That’s according to a research from the Atomic Energy Centre in Ramna, Dhaka, Bangladesh. This study, which can be found in the May 2010 issue of Pharmaceutical Biology, tested 50 compounds from basil leaves and stems on various pathogenic bacteria such as Escherichia coli, Staphylococcus aureus, Salmonella typhi and S. dysenteriae. The researchers found that these compounds were highly effective as anti-microbial agents. Even the oil extracted from basil can inhibit growth of harmful bacteria.

Because of the basil’s antibacterial properties, it can also be used as remedy for bites and stings. For example, if you’re working in your yard and you got stung by a bee or bitten by any insect, you might want to chew a fresh basil leaf as well as apply crushed basil leaves on the bite. This won’t only relieve the pain but also help expel any toxins.

Ear infections are annoying and painful. This is especially true for children. If anyone in the family is suffering from this kind of infection, you may want to take advantage of basil oil’s antibacterial powers, which makes it a helpful remedy for ear infections. A few drops of basil oil are more than enough to do the trick.

Feeling frazzled and worn out all the time? Don’t sweat it. Basil leaf can help you get the relaxation you need. Known for its relaxing aroma and anti-anxiety effects, this herb can surely calm your senses enough to melt your stresses away. James Duke, author of the Green Pharmacy, explains that this herb has phytochemicals that can lower the stress hormone called cortisol. How can you use basil to relax? One way is to add two to three leaves of fresh basil to your iced tea. This isn’t just a theory. Basil as a stress reducer is backed by scientific research. In a study published in the Indian Journal of Pharmacoloy in 1991 revealed that basil is even more powerful for fighting stress than Asian ginseng and Siberian ginseng. It’s also the safest to use.

PROTECTS THE BODY FROM OXIDATIVE STRESS

Apart from cancer, there are more diseases that basil can protect you from because of its antioxidant properties. Containing flavonoids such as vicenin and orientin and nutrients like vitamin A, vitamin C, calcium, zinc, and iron, it efficiently neutralizes hazardous biochemicals that can cause premature aging and many degenerative diseases. As if all these aren’t enough, basil can also pave the way towards better absorption of these nutrients into the bloodstream.

Basil is rich in an antioxidant called zea-xanthin. It’s a flavonoid carotenoid that when absorbed into the retinal macula lutea can block harmful ultraviolet (UV) rays from the sun from entering the eyes’ retina.

Related to the previous benefit, by blocking UV rays from getting into the eyes, basil can contribute to healthier vision. But that’s not all. Another way it does so is with vitamin A. Basil is an excellent source of this vitamin. In fact, a hundred grams of fresh basil leaves already has 5,275 mg or 175 percent of the recommended daily allowance for vitamin A. As you know, this is an essential nutrient for eye health that also maintains proper functioning of the mucus membranes, among many other health benefits.

Packed with minerals like manganese, copper, iron, potassium, and magnesium, basil is also vital for regulating blood circulation. Potassium helps stabilize blood pressure level and heart rate, manganese is utilized by the body as a co-factor for superoxide dismutase, an antioxidant enzyme. Basil also has high iron content. A hundred grams of fresh basil leaves has 3.17 mg of iron, which translates to 26 percent of the recommended daily allowance. Iron is responsible for proper formation and functioning of the red blood cells, which transport oxygen in the blood.

Aren’t all these health benefits wonderful? So next time you think about whipping a dish, whether a simple one or a gourmet masterpiece, don’t forget about basil and its long list of perks for the health.

Welcome to Baking With Basil! 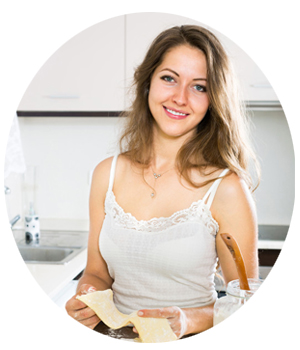 Hi! I'm Sophia, (making a mess like usual!) I've always had a passion for food and I really hope you enjoy my blog, i'll do my best to share great recipes, healthy living tips and just general 'food' thoughts! 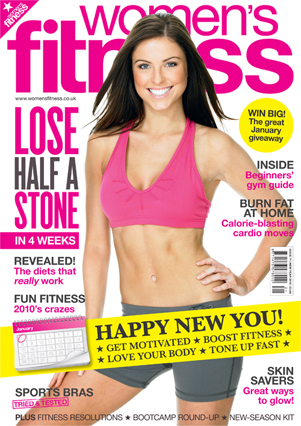 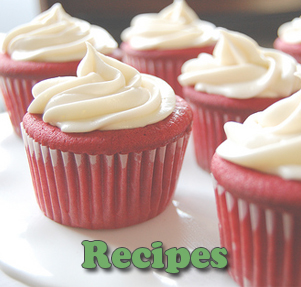